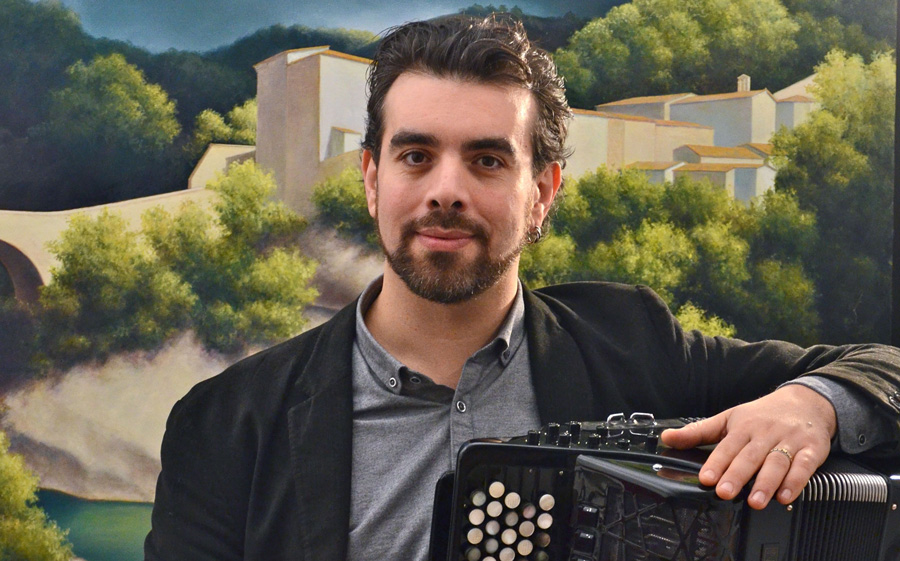 During his impressive career Jacomucci has won international contests such as Grand Prix International d’Accordéon in St. Etienne (1988), Trofeo Mundial de acordeón (C.M.A.) in Cuenca (1990), Premio Città di Castelfidardo (1990) and Arrasate Hiria (1994). He has premiered a number of new works cooperating with composers such as Luciano Berio, Franco Donatoni, György Kurtag, Luis De Pablo, and as a composer himself.

He has been performing in Europe, USA, China, Mexico, Russia, in many festivals and institutions such as Cornell University (USA), Berlin Philharmonic, Het Concertgebouw in Amsterdam, Salle Messiaen in Paris, to name a few. He is the founding teacher of the Italian Accordion Academy, and has given masterclasses at The Paris Conservatory of Music, Royal Academy of Music in London, Sibelius Academy in Helsinki and Danish Royal Academy of Music. He has published the books Technique I for button accordion (Bèrben) and Mastering Accordion Technique: a new approach to accordion playing based on the Alexander Technique written together with the choreographer and dancer Kathleen Delaney.